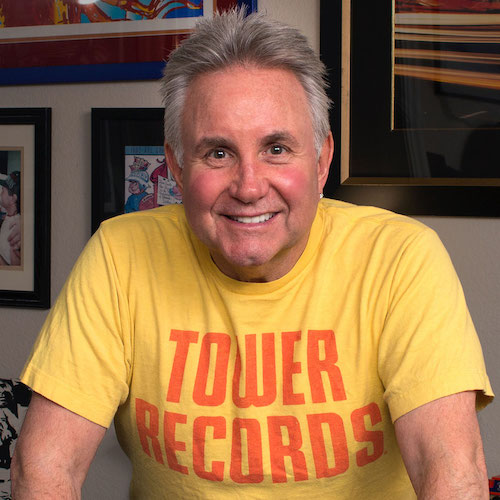 Fred Croshal is one of the most positive and nurturing people I know. His energy immediately permeates any room environment, making fast friends. Fred was head of sales at the WORK Group at Sony Music and he wrote one of my recommendations for my business school applications. When I opened my acceptance letters, he blasted Stevie Wonder's "Signed, Sealed, Delivered" in his office at volume 11 as we danced and laughed our hearts out in celebration!

Fred is a dynamic music industry leader who makes friends everywhere he goes. I’ve learned a lot about leadership through how he carries himself in meetings with teams, artists, and other executives. Fred treats everyone the same; whether you’re an intern or Madonna, he truly cares about people and he’s parlayed that into a successful career that continues to allow him to work with big-name artists.

I joined the Sony Music softball team in my early 20s under the nudging of Fred, who was our team captain. He was always a hard-charging, fun-loving, encouraging captain. He taught me that healthy teams, relationships, and organizations can and should be nurtured outside the office. Life’s about blasting great tunes and dancing around a bit, right?

Fred Croshal is a 40-year music industry veteran and founder/CEO of Croshal Entertainment Group, one of the premier independent music-marketing companies in the industry.

Croshal began his career as a retail sales representative at local record stores in the San Francisco/Bay Area before securing his first position at CBS Records. Soon after he obtained executive positions at Sony Music Distribution and Columbia Records, working with artists such as, Michael Jackson, Pearl Jam, Bruce Springsteen, Mariah Carey, Stevie Ray Vaughan and many more. In 1996, Madonna hired him at the Maverick Recording Company, where he soon became General Manager, overseeing all departments including; Sales, Press, Radio, Marketing, Creative, etc. on a daily basis. At Maverick Recording Company Croshal was able to build and nurture the careers of artists like Alanis Morissette, Deftones, Candlebox, Michelle Branch and more.

In 2003, Fred took his vast knowledge of sales, marketing, and promotions and founded Croshal Entertainment Group, a marketing and management company that could provide an infrastructure and alternative way for artists to release their music competitively. Croshal Entertainment Group has sold upwards of 6 million records independently to date and has helped guide releases from artists like Jackson Browne, Bonnie Raitt, Herb Alpert, Collective Soul, Gnarls Barkley, Jason Mraz, Crosby, Stills, and Nash and many more. In 2017, Fred was featured as one of Billboard magazine’s “Indie Power Players,” a short list of top influential music professionals leading the industry.

My mom, Hazel Croshal always said "If you work really hard, you create your own good luck."

PrevPreviousThe role of a board of directors
NextLiz LeungNext