Menu
The role of a board of directors 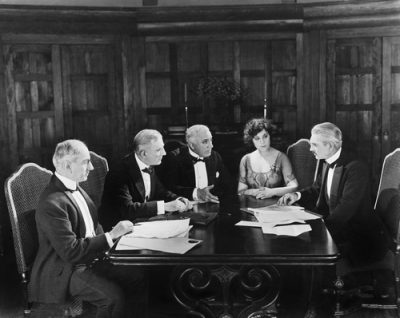 What's the role of a board of directors?

I’ve been a joiner and doer my whole life. I first was asked to join a non-profit board in 1999. At the time, I had little to no idea what serving on a board really meant. I just suspected that I was being asked to do a bunch of free work. And while that’s partly true depending on the organization and its makeup, over the past 21 years of board service, I’ve learned that serving on a board is much deeper than that.

I’ve since served on a variety of boards and advised many corporate c-suite executives. My learnings are from both non-profit and corporate settings.

The board’s job is to protect and uphold the mission and vision of the organization it serves.

The board typically has one employee – the Chief Executive – and ultimately, the board’s role is to act as guardrails for the organization, checking and balancing the CEO’s decisions against the organization’s mission. A nuance that’s sometimes missed by someone new to board service is the natrual tension between the board and CEO. Oftentimes, the boards members know the CEO personally, but ulitmately, the board is the CEO’s boss. Nurturing a strong and healthy working relationship with open lines of communication is critically important and I’ll touch on that in a different article.

Serving on a board doesn’t necessarily mean doing a bunch of work that the organization’s employees should be doing. Of course, organizations in early stages, fundraising mode, or in the midst of M&A activity will find its board committees very busy. During crisis times, the board’s role may shift into more “hands-on” coaching or even rolling up of the sleeves to do important work. But I learned from a wise advisor that the board “shouldn’t catch a cold.” This means that board members shouldn’t be in the day-to-day grind and decision making. They need to stay focused on supporting and guiding the CEO.

When I served as board chair for the Wharton Club of Southern California, our mission was to establish and nurture networking opportunities for our 5000+ alumni and maintain a strong sense of connection to Wharton’s Philadelphia program. For the university, its main interest was to develop and maintain strong connections to its alumni for fundraising purposes. I deeply believe that an organization needs to provide some sense of connection or value in order for donors to come forth. It’s why Sally Struthers was so successful with Feed the Children.

It was abundantly clear to me that through the use of technology, we could achieve both goals of serving our alumni with meaningful networking events to maintain that strong connection to the university and providing the school the important alumni data. This was the virtuous cycle we wanted! Of course, the university eventually could take it further, analyzing recency, frequency and monetary spend – basic customer lifetime value (CLV) metrics – to find alums more likely to be involved in capital campaigns, speaking on campus, mentorship, but that’s a separate topic and takes us into a deeper dive into what CLV means for a university.

After a solid run on this software platform for ~10 years, 30+ alumni clubs around the world were enjoying more engagement and growing their networking opportunities. Unfortunately, the platform developer got into some spat (not sure!?!) with the university, leading the university to cut ties entirely.

The university’s decision left our club in an interesting and challenging position. We were a standalone non-profit entity not directly or legally associated with the university, so we were free to make our own decisions. When the university chose a new software platform, they were keen on our club migrating as we’d been their key tech influencer across the globe. But the new platform didn’t have the basic features we needed to run our club – member directory, event ticketing, member discounts, an event calendar.

IF the board wanted to uphold the mission and vision of the club to provide networking opportunities to our constituents, this new software choice was a non starter. However, we also appreciated the university’s position of wanting all of its clubs to be on a singular platform.

The difficult decision was made to stay our current course, breaking away from the university’s technology transition. Our club and its volunteers had worked too hard to build up our membership, event calendar and networking groups and the board’s role was to protect our mission. So we did. And the club remains one of the most active Wharton alumni clubs in the world and it’s likely it will migrate back to the school’s tech given their platform’s feature expansion in the past 5 years.

While serving on another board, we were faced with a CEO who started displaying traits and behaviors that weren’t aligned with the organization’s mission and vision. While subtle at first, the CEO became more brazen with misaligned decisions, direct threats and outbursts that were highly unproductive and jeopardized the organization’s future. Through months of heated discussion and debate amongst ourselves, with advisors and counsel, the board held firm that protecting the organization was of utmost importance. While this led to a tumultuous and emotionally draining season, looking in the rearview mirror so many years later makes it abundantly clear that the decision to transition the CEO was the right one. The organization continues to thrive, remaining laser focused on its key mission.

Before you join a board, get really clear on why you want to join and what your role as a board member is.

Resources on what the role of a board of directors: