Menu
Why do women stand in the shadows?! 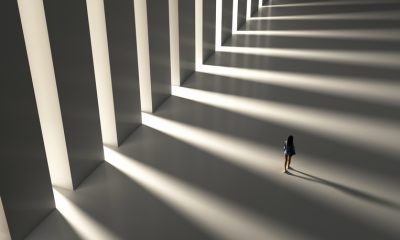 Why do women have imposter syndrome?

By the time I started MENTOR dna, I’d already produced 62 episodes of an all-women podcast for the University of Pennsylvania‘s Momentum Conference. My co-hosts and I featured Penn and Wharton alumnae from around the world. It was an incredible conference bringing thousands of women from our community together!

The stories shared in those episodes really highlighted why we all loved attending school in an urban Philly setting. There’s something really special about Penn.

Those conversations were rich, which inspired me to also speak to people outside my Penn and Wharton women circles. And here we are!

Most listeners don’t know that I’ve already spoken to so many women leaders, but as I continue on this journey, I’ve found a very common and unsettling thread… when I ask a woman to be a guest on my show, their first instinct is “What?! Why me!? I’m not talented/smart/special enough to be on your show! People don’t want to hear from me.”

And I’m not saying that I sometimes have to twist men’s arms to be on the show…but let’s just say there’s a LOT less twisting involved!

So what gives?! After so many years climbing the ladders across a multitude of industries, my girlfriends still have imposter syndrome?!

While you ponder that, here are some FANTASTIC episodes from incredible women leaders who said yes!