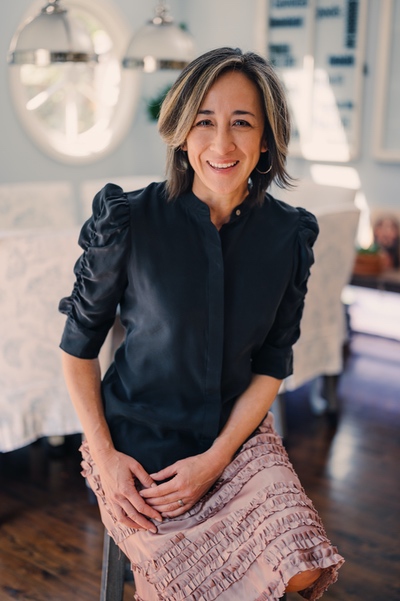 Welp, here it is. An episode where I get interviewed on my own show. Weird. Uncomfortable. Awkward. Yes, all of those things!

BUT, I was able to convince Wharton Professor Pete Fader to interview me! We chat about how I landed my first internship in the music industry, my transition into tech, and the crazy and bold things I’ve said to colleagues and bosses.

Leadership podcasts allow seasoned execs to share their stories and I hope you enjoy my journey.

Meesh Pierce is a former tech executive who started her career in entertainment during the heyday of grunge rock. Her early days at Disney and Sony Music introduced her to the corporate world and importance of connectedness.

She worked long hours answering phones, faxing Winnie the Pooh and Lion King toy concepts to China, and sneaking into hole-in-the-wall concerts until the wee hours. During the early internet days, Meesh bet that tech was going to materially change the entertainment world, so she headed back to Philly for her 2nd stint at Wharton.

As a freshly-minted business school grad, she stepped into product management gigs for the likes of NBC, Sony Digital Entertainment, and Ticketmaster.

She spent 15 years as a hired gun consultant  stepping into difficult 1-2 year projects; those that needed someone adept at strategy, product and marketing, and comfortable navigating across divisions and up to the c-suite and board. As an independent consultant, she’s worked with Epson, Mercedes (AutoGravity), Fandango (NBC), and Amor Boutique Hotel amongst others.

Meesh now serves on boards, as advisor to several organizations, and mentor to many. She loves using her experience to make connections between people and ideas.

Meesh is equally left and right-brained. She drives an F-150 to support her furniture painting habits as there’s rarely an abandoned roadside furniture piece she doesn’t stop to investigate. She started documenting her furniture painting techniques at imeeshu.com and learned a great deal about SEO through her personal journey as a blogger.

She’s also an avid gardener and has built her own hydroponics greenhouse with a fully-functioning set-up for tomato and lettuce farming.

Meesh loves people and mentoring. She has many mentees stretching across all walks of life; from Broadway stars, to growth-minded entrepreneurs, to people in career or life transitions.