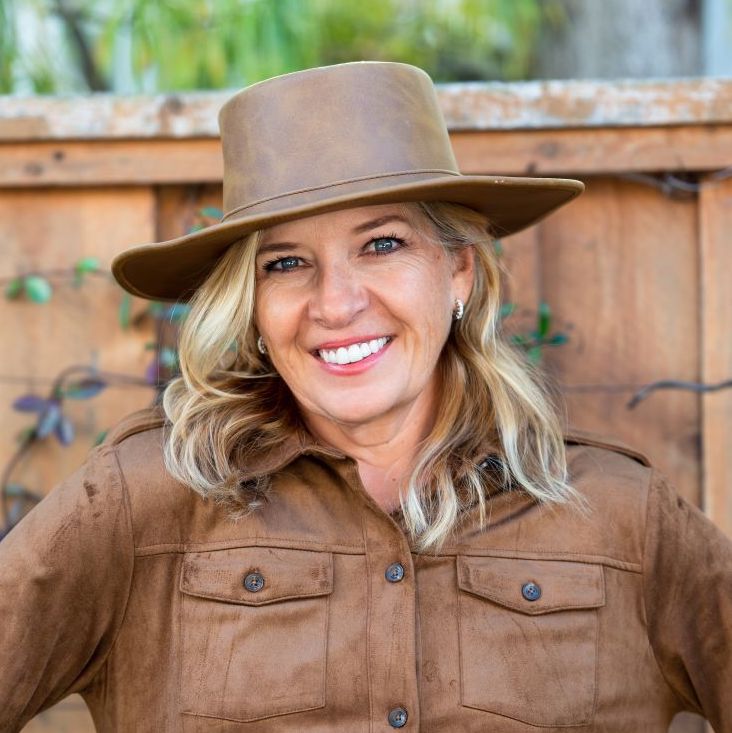 Deanna Lyn and I spent our formative early 20s together learning the corporate ropes. I worked in the toy buying department for the Disney Stores and she worked for an author who wrote sales books.

During the summers, we’d call each other on our work lines to arrange arrival times at Santa Monica’s State Beach to play beach volleyball. Never afraid to try something new, Deanna moved to Santa Barbara, then to Colorado, and now lives with her husband in Mexico on a boat. Why not!??!

We share a lifetime of stories and I learned several important lessons about planning your next career move, what she expects candidates to ask in an interview, and how she mentored an employee on a PIP (performance improvement plan) to becoming one of the company’s top performers.

Deanna has spent most of her career working as a sales and marketing professional in software/technology. She currently serves as Head of Commercial Sales at Descartes Labs, a company sitting at the intersection of AI, geospatial intelligence and global markets.

Prior to Descartes, Deanna was Director of Strategic Accounts at Invoca. Her experience has spanned three decades of complex high-tech sales as a direct contributor, partner manager and sales leader. While continuously exceeding company goals, she remains passionate about building teams, mentoring for success and always serving in both her customers’ and company’s best interest. 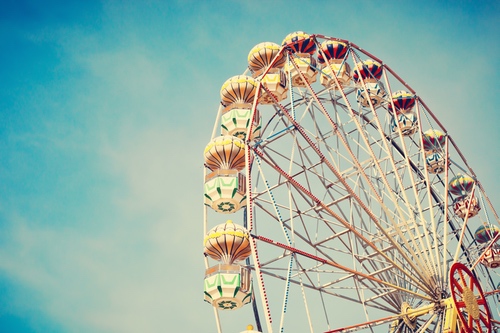 As I was trying to help my parents with their vaccine registrations, I was shocked at how poorly the app was developed. Certainly the state of California had to know that millions of people would be simultaneously hitting the app for weeks on end!

This is a good lesson for any organization. Bring in experts if you’re in over your head. If you don’t have tech experts on your roster, bring one on. If you don’t have cybersecurity specialists, seek them out. Know what you don’t know and be ok with it. Barbara Jones and Fred Croshal both discuss in their episodes that no one knows everything, and if they say they do, they’re lying. Reminds me of a parenting quote: The younger you are, the more you know.

The first mistake was that the county likely didn’t know the right questions to ask as evidenced by the $1.2M contract languages. Zero mentions of uptime guarantees. Security language consists of about 3 sentences. One mention of HIPAA in the entire agreement. One!

By having an expert in your corner, you’d know that the app developer wasn’t sophisticated enough to leverage any of Akamai’s offerings. As an industry leader, Akamai has led with edge computing since 2001. What this means is that they truly are the last mile, getting data and content to users as fast as possible. They’re the spokes to a wheel if you need a super simple visual. Customers at the end of the spokes, the “internet” at the hub. Akamai also offers a powerful and robust waiting room technology that keeps your customers happy.

In addition to outages, the app was riddled with typos and grammatical problems, which made me wonder how safe my parents’ info was in their database. If you’re leaving typos on your home screen for more than an hour, how’s that code looking? So let’s look past the typos…what about the ineffective notification system and sad inability to handle the traffic loads?

I immediately wondered why California didn’t leverage local teach giants Ticketmaster or Fandango, who both certainly had capacity since live music and movies had been shut down. These two tech companies are accustomed to handling massive traffic spikes and protecting customer data. The reservation systems and fast edge distribution infrastructures exist – why reinvent the wheel? Makes ya wonder how these fly-by-night app developers won the no-bid contracts!?

So the moral of the story is what my Dad has drilled into my head since childhood. Plan the work, and work the plan. Leverage your network. Know when you’re in over your head and ask for help!

Thanks Adel Zahiry for forwarding this article. Great read. 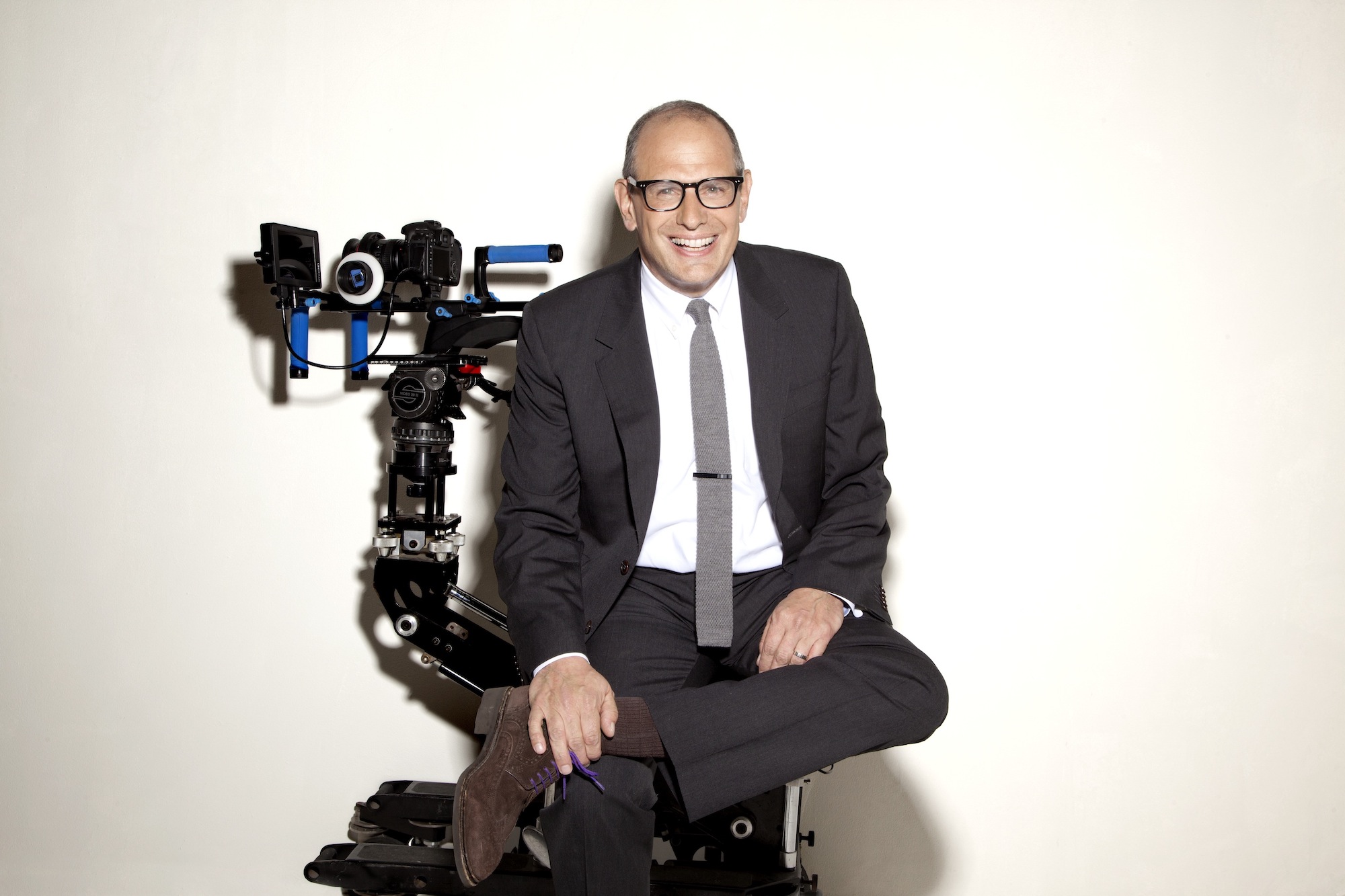 I wasn’t totally prepared for what I was about to walk into…..mission control at the Playboy Studios with hundreds of TV screens on display! But I kept my cool and kept listening to how TV production works. Those were the early days when I’d just met Dan Smith, then VP Production for Playboy. What I love about Dan is that he’s a risk-taker, open-minded, non-judgmental, and always willing to listen and provide feedback on ideas.

We’ve since collaborated on numerous projects for the Wharton Club of Southern California, where he created a highly-successful Media & Entertainment networking group, and now runs Marketing Mondays. He now helps clients with branding and digital conversion rates through his company, ALT-CMO.

Dan loves to learn and leveraged his experiences at Playboy to truly learn global commerce distribution and digital marketing. This experience has served him well in a direct-to-consumer venture to sell JIMMYCASE, a phone case wallet using just-in-time manufacturing in California that’s distributed worldwide. He tinkered in his garage for 6 months perfecting JIMMYCASE’s design and now is finalizing an innovative yet simple pour-over coffee offering.

Dan Smith started his career in the mailroom at a talent agency. From there, he worked for famed Academy-, Emmy- and Golden Globe Award-winning  Edgar Scherick. It was during a meeting with Ed and famed Samuel Goldwyn where Dan got his big chance to become VP Development and Production at American Gladiators.

He then moved on to Fox Family Channel which sold to Disney/ABC. Dan transitioned from family programming to adult programming at Playboy, where he rose the ranks to General Manager, Home Entertainment. As the adult programming market was starting to wane, Dan took the opportunity to hone his skills while running the home entertainment business, learning global manufacturing,  distribution, and digital marketing.

Dan has parlayed his digital marketing expertise into a very scrappy and successful phone accessories business called JIMMYCASE, is about to launch a coffee-related product and is also CEO of ALT-CMO, a marketing consultancy focused on digital marketing and branding. 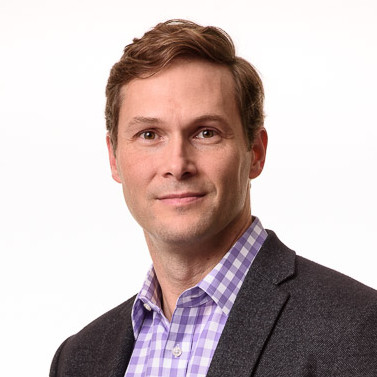 Matt Laessig and I are like long lost 13 year old twin brothers. Yes, you read that right. As a boy mom, I’m increasingly more immature and crack up at seemingly innocuous jokes. Matt has 3 boys and loves Dungeons and Dragons. Together, we laugh at dumb stuff that only our middle school kids find funny….if that!

Matt was a big part of my life when I started snacki.com, a really early commerce venture in the late 90s. My friend Allison and I built the business as a creative venture during school, and I then took a big risk at taking the custom merchandise venture online in ’99. Matt was the Chief Marketing Officer and while we were selling $50k a month in custom t-shirts to organizations like the Leukemia & Lymphoma Association, UCLA and USC fraternities and sororities, we were likely a bit too early and green to raise the piddly amount of money needed to keep us going.  Great lessons learned and I recall having to tell Matt after his wedding that we only had 4 weeks left and had to shut things down. It’s a bittersweet memory, but one that we reminisce in this episode.

Matt Laessig is the co-founder and COO of data.world, the world’s largest open data community and a leading software platform helping companies catalog their data and analysis for easier discovery and collaboration.  Previous to data.world, Matt held multiple leadership roles at HomeAway (now Vrbo), the world’s largest vacation rental marketplace, including as Vice President of Global Business Development and General Manager of BedandBreakfast.com.  Prior to HomeAway, Matt served as Vice President of Business Development at Bazaarvoice, the global leader in social commerce solutions.  Matt is a graduate of both the Wharton Business School and the Lauder Institute of International Studies and Management from the University of Pennsylvania.  Matt is also an 9-time competitor on NBC’s American Ninja Warrior, the world’s toughest obstacle course competition.